Alright, you read the subject line.  Let's go to Brewhouse 2!

Here is some background first.  Brewhouse 2 (henceforth BH2) was built in 2002 and its addition doubled our capacity from Brewhouse 1.  We went from a 100 barrel system to a (you guessed it) 200 barrel system, and in doing so greatly improved our efficiency.  And with those awesome changes we also gained a marvelous place for hanging out and sipping on beer.  So here we go, Let's go to BH2.

It all starts when the brewer hits the recipe button.  Here is Andrew in the control room deciding to run the Fat Tire:

When Andrew overviews the production schedule and sees that it is Fat Tire's turn he hits the required button-idge and raw materials start flying.  Over in the malt castle the specific malt bill is blown over to BH2.  It is weighed in line and all the right amounts are sent over via out-of-doors type piping.  The malts leave the end of the pipe and end up in the belly of the wet mill.  Here is a underneath shot of said wet mill:

You can really see the belly from this view.

Once the grains are in the mill some hot water is added and the steeping begins.  Here the dried outer husks of the barley is re-hydrated and once re-hydrated the grains go through the mill.  Two giant rollers inside that machine gently crack open the husks exposing the starches and sugars inside the barley, all the while keeping the husk intact.  After the steeping and cracking, the whole lot of water and grain head over to the mash tun.  Here more water is added and with a little more heat the mash reaches a kind of over hydrated oatmeal type look.  It is here that the ferment-able sugars are being pulled out and soaked into the liquid.  At this point the water and sugars (and some other stuff) have come together in a tea like situation and we start to call it wort.  This tastes a lot like the post-cereal-eating-milk left in the bowl, very sweet, very cereal-ly

After the mash tun the wort heads into the lauter tun: 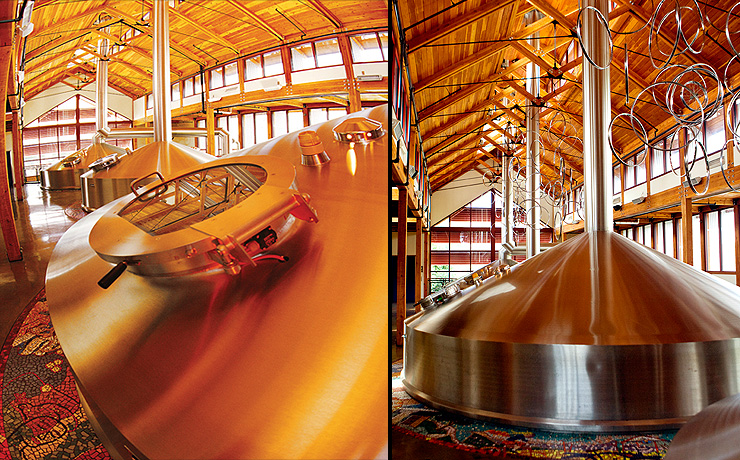 This is a shot through the viewing window, you can see the screen at the bottom as well as the stirring rake that keeps it all moving.

This is essentially a big strainer. It is here that the wort gets pulled away from the spent grain and seperated.  The grain husks themselves act as a first stage of straining, then the wort goes through a screen that strains it again.  The last part of pulling the wort out is called splurging.  Here we splash a little more water on top of the grain bed to rinse the last bit of it out.  I bring this up because the word "splurging" is really fun to say (you should try it).

After the lauter the wort heads in to the pre-run vessel.  Basically a wort holding tank that adds a bit more heat to ready it for the boil.  But left in the lauter is the spent grain.  We pulled all the sugars out, but there are still plenty of proteins, so we have the grain picked up continuously through the week by some ranchers out in eastern Colorado that feed it to their live stock (this is a great recycling program, they take our waste and recycle it into meat (delicious)).

After doing nothing but warming in the pre-run vessel the wort heads into the Merlin boil kettle.  Here we (obviously) boil the wort.  Wort needs to be boiled to sterilize it, as well as to cook off any unwanted flavor compounds, and we boil it in a way that is pretty awesome.  Instead of taking a large amount of liquid and putting a flame under it (like you would do with water for pasta) we fountain the wort in thin sheets over a heated cone (this kettle is called the Merlin because the heated cone resembles a wizards hat) and that heated cone flash boils the wort.  We can boil 200 barrels of wort in about 45 minutes (big improvement from BH1 where 100 barrels took almost 2 hours (pasta water style)).  We also capture the steam coming off the boil and use it as an energy source to help heat the wort along the path of brewing as well as warming the water for the original steep chamber in the wet mill.  Leaps and bounds of improvements.

It is also in the boil kettle that the hops and spices are added.  Brewers hand load dosing vessels that in turn load the kettle, and it is here that the wort picks up a lot of its bitterness and flavor.  Here is a shot of the dosing vessels: 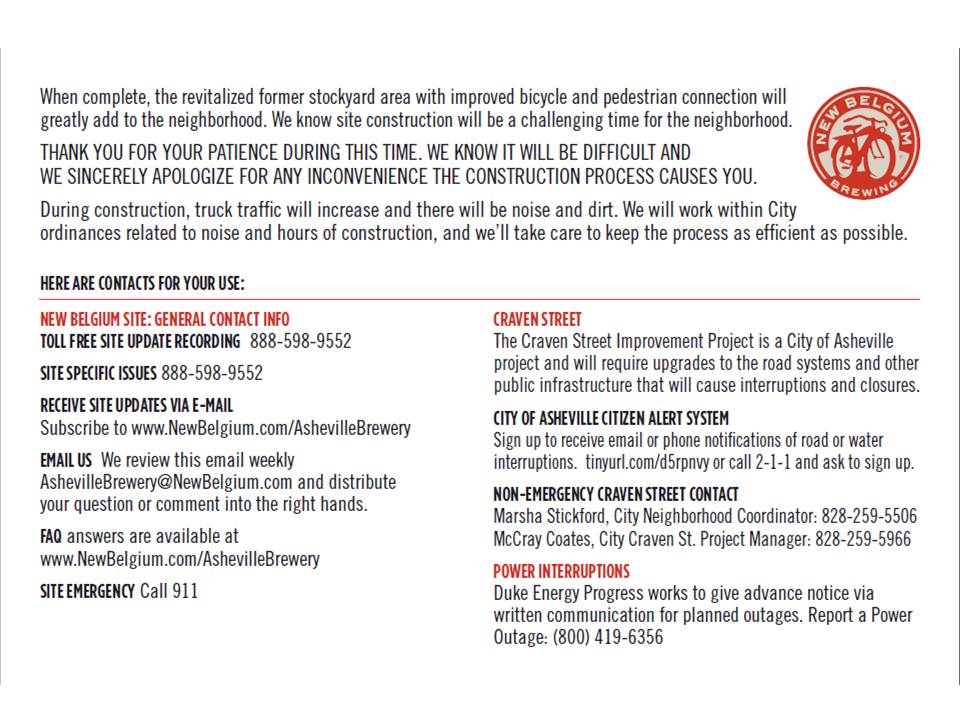 (Sorry about the quality, Andrew likes it kind of dark in there (maybe he's a vampire)).  Once the wort  leaves the boil it get cooled down to a temperature more hospitable for the yeast and then it leaves BH2 for the land of fermentology (another topic all together).

All in all the brewing process takes about 4 hours, we can piggy back batches allowing us to run almost 12 (like 11.7) brews in a 24 hour period.  This department, like packaging, runs on a near 24/7 type schedule, and a brewer is always present.

But when the wort leaves BH2 that's our cue to ramp the fun up to a point reaching ecstatic.  Because up the stairs from the under belly is a fun and totally hang out-able private bar that lends a wonderful perspective to BH2:

This is that very perspective, pretty nice.

And just to the right of all those kettles is a great bar with an awesome tap tower:

It is here, that after we discuss brewing to an exhaustive extent , we can all sit and relax, enjoy a beer and the company of nice people:

And do I even have to mention nice looking (I don't think I do)?

So there it is folks, BH2 in all of its glory.  I hope that you enjoyed your tour, because I enjoyed giving it.