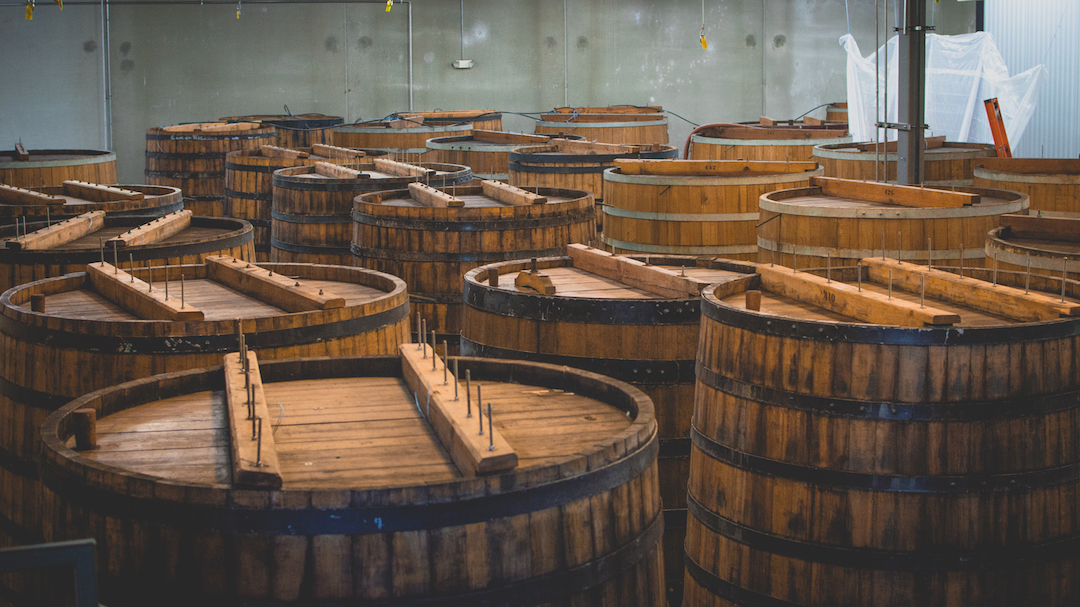 Unknowingly sending infected beer into the market is the stuff of nightmares for a brewer. Reputation, pride, customer loyalty, money—it’s all at stake. But what if a returned keg of infected beer permanently changed the course of a brewery for the better? It might just be a bit of folklore, but according to New Belgium legend, that’s exactly what happened at the brewery. Our wood cellar program, the largest in the country, owes a great deal of gratitude to a returned keg of infected Fat Tire, and to this day, the spirit of Fat Tire lives on in every wood-aged New Belgium sour you drink, if you choose to believe it.

This little-known story begins way back in 1998. Brewmaster Peter Bouckaert was relatively new into his tenure at New Belgium after leaving world-renowned Rodenbach, producers of phenomenal Belgian sours. One of his first missions at New Belgium was to create a sour seasonal, an idea way ahead of the American palate at the time. In order to do so, Bouckaert would have to acquire a collection of barrels to house beer, and inoculate (or “infect,” for a harsher term) those barrels with wild and souring micro-organisms like Brettanomyces, Lactobacillus and Pediococcus; standard-issue organisms for sour beer. After tracking down a modest collection of seven wine barrels, he and his team set out to build an ecosystem of wild yeast and souring bacteria to produce sour beer as high in quality as Rodenbach’s classic offerings.

La Folie and Transatlantique Kriek, the cornerstones of our sour program.
Bouckaert and his team were able to buy some of the needed organisms, but also leaned on friends back in Europe to supply bottles with residual organisms they could extract and propagate (an old document that blender Lauren Salazar has shows that we straight-up poured 25cL of Boon Kriek into one of the barrels filled with Abbey, in an effort to mingle its wild organisms with the beer). New Belgium micro-biologists even experimented with growing their own organisms inside the brewery. The goal was to collect and grow a “zoo,” as Bouckaert calls it, which would become our house culture for future sour production. But, after aging the first batch for a few months, the results were lackluster. Then, as the story goes, a returned keg of infected Fat Tire arrived back at the brewery and changed everything.

******
To understand why these organisms are so important in the creation of sour beer, you need to understand exactly what they do. Today, our wood cellar is a collection of 64 massive French-oak foeders, many towering two stories high in our Cache la Foeder (aka the Foeder Forest, for obvious reasons). Living within the wooden staves of each foeder is a thriving ecosystem of organisms that we keep happy by introducing fresh beer full of nutrients from which they feed. There’s Brettanomyces, a very hungry “wild” yeast strain that produces flavors and aromas like barnyard, pineapple, horseblanket and other funky/fruity attributes that cause the palate to go, “wow!” Then there’s bacteria like Lactobacillus and Pediococcus, which lend that wonderful tart acidity. Add to that other super-sciency stuff happening inside the foeder that produces a range of flavors, from dark fruits to stone fruits to chardonnay notes, and you’ve got a wealth of beer that’s beautifully complex in flavor and engagingly tart—mostly courtesy of those organisms living in the wood. 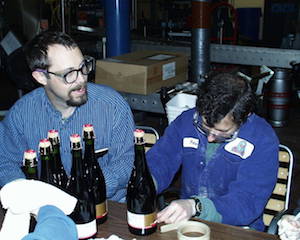 One of the extremely cool aspects of our wood cellar is that over the years, when we’ve introduced new foeders to our collection, we’ve inoculated them with sour beer from older foeders. That is to say, since we established our original house culture of organisms back in 1998, it’s been the same “family” of organisms in residence within our wood cellar, with nothing intentionally introduced since then. We consider it a house flavor, or our own wood cellar “terroir,” in a way.


********
So, let’s rewind back to that mythical, “a-ha,” moment that Bouckaert and the wood cellar team had after dosing our original seven wine barrels with a splash of infected Fat Tire. According to lore, the result was the turning point for the wood cellar program: After introducing the infected Fat Tire, the flavor and aroma profile of our sour beer improved dramatically. Not long after, we produced the first batch of our flagship sour La Folie, and shortly after that, we inoculated our first four foeders with sour beer from the wine barrels, which allegedly contained that infected Fat Tire. Fast forward to today, and we’ve passed on that original house culture to our entire collection of 64 foeders.

So, if you’re into believing big tales, then here’s the takeaway: Not only is our wood cellar arguably the house that Fat Tire built (in more ways than one), every wood-aged beer you drink from us, from La Folie to Le Terroir, contains, in some small way, the spirit of Fat Tire.