How to Pair Accumulation With Thanksgiving 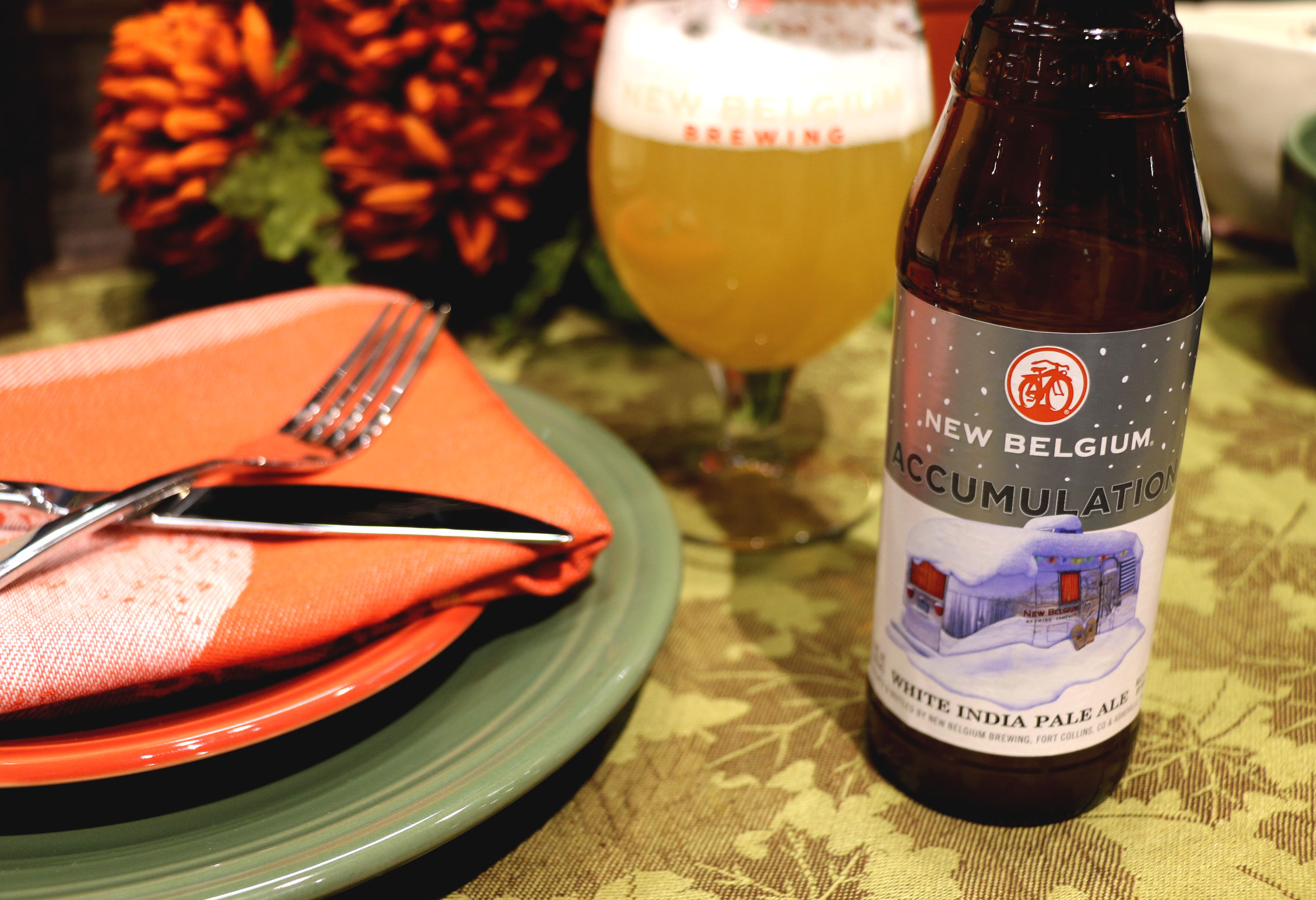 Thanksgiving is just around the corner, which means heaps of food washed down by pints of beer. Sure, you could just serve any old beer that’s in your fridge, but that really wouldn’t give your guests something to give thanks for, would it? For this installment of “How to pair New Belgium with Thanksgiving,” it only makes sense to include our Accumulation White IPA into the mix.  As with Voodoo Ranger, it can be daunting thinking about what to pair a hoppier beer such as this one with the array of Thanksgiving offerings on the table.

This foamy, bitter brew actually compliments more than you'd think-- but how about waiting to crack one open until the leftovers come out? LC Manager Michael Bussman weighs in.

Accumulation White IPA: Our creamy winter white IPA inspired Bussmann to dream up a creative leftover pairing: Spicy Thanksgiving soft tacos: “It’s like a Thanksgiving sandwich, but in a taco,” says Bussmann. “It’s the day after Thanksgiving, you have turkey and you don’t know what to do with it, so you make turkey tacos. Take a little bit of turkey, a little bit of gravy, a little bit of mashed potatoes, cranberry, and a nice pungent hot sauce. That creates a contrast in the taco, and then you throw the hops on top of that and it could be pretty good.”