Find New Belgium Beer Near You

Online purchasing options will take you to a third-party alcohol delivery service not affiliated with New Belgium Brewing. New Belgium is not responsible for the accuracy of these results or the services provided by the delivery vendors. Enjoy New Belgium responsibly.

What better beer for a fall football game than a sessionable, crisp lager? For this special collaboration with Colorado State University, we brewed an incredibly easy-drinking lager that clocks in at 4.7% ABV.

Brewed with the finest malts and brightest hops, this beer floats subtly sweet honeycomb notes across the tongue, while a citrusy snap of Cascade and Chinook hops punctuates each delightful sip.

New Belgium Brewing and Colorado State University teamed up to brew Old Aggie Superior Lager to commemorate their deep connections and many partnerships over the years. In 2015, New Belgium Brewing co-founder and Executive Chairwoman Kim Jordan gave a $1 million grant to CSU's Fermentation Science and Technology program. In 2016, New Belgium donated more than $4 million for the construction of CSU’s new stadium on campus. More than 100 CSU alumni work at New Belgium, and several New Belgium brewers teach adjunct positions in fermentation at CSU.

The two Fort Collins enterprises have always been linked and now there is a beer to help celebrate that kindred spirit. A portion of Old Aggie sales go towards supporting athletics, fermentation sciences and responsible drinking at CSU. 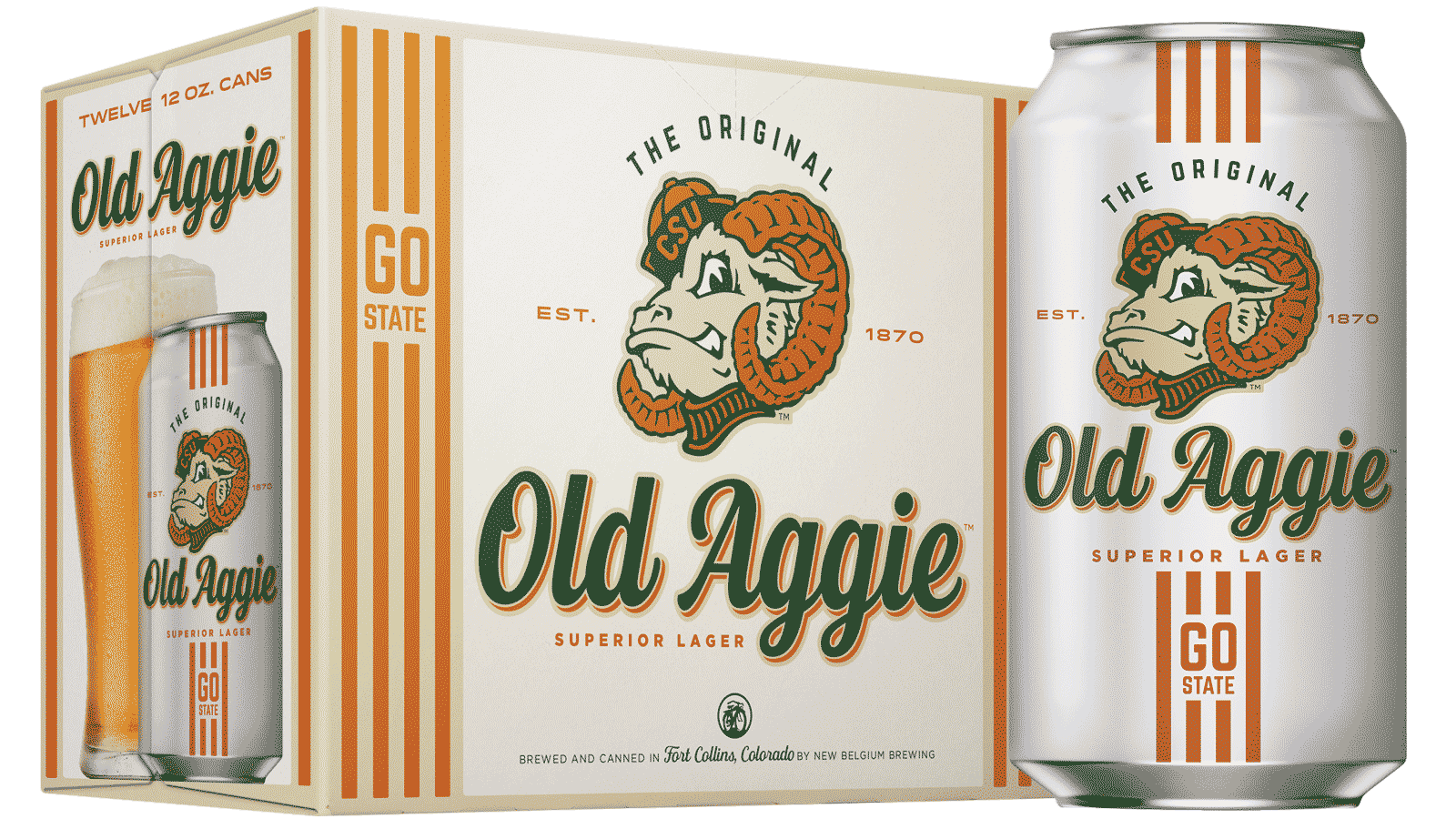